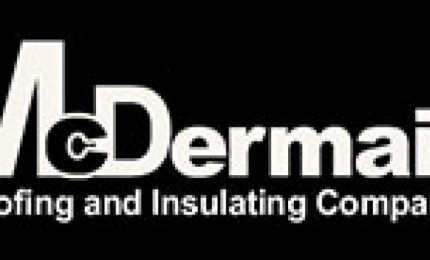 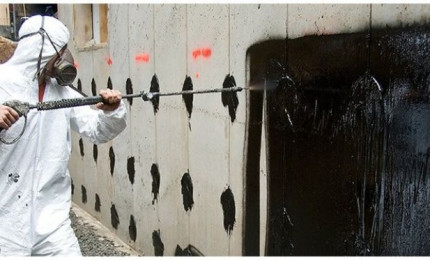 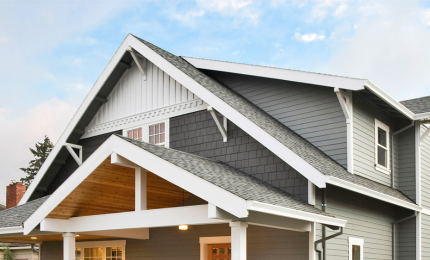 roofing jobs, but he never expected to someday work for the Illinois Tollway.

Co., 1229 Kishwaukee St., in Rockford, has been installing roofs and pipe coverings for all sorts

of locations, from public high schools and all three Rockford hospitals, to shopping centers and

contractors, Naretta jumped at the opportunity. Not only was it a good contract – almost

$300,000 in work – but it also encouraged “green” technologies already used by McDermaid,

“We saw an invitation to bid, and these were all commercial-type applications,” explains Naretta,

company vice president. “We figured we might have a niche opportunity there. We thought,

figured we could do it, so we took a crack at it and got the job.”

Tollway buildings in Rochelle and DeKalb, reroofing an office in Dixon and replacing a roof at

the Hampshire maintenance garage. Poor weather forced some improvements to wait until

The job itself wasn’t without challenges. The Tollway held rigorous rules and site-specific

regulations, including additional safety controls on certain steep roofs. Working around the

approached. Continuous communication, says Naretta, was essential when working with such a

“Always try to be sensitive to how your work is going to affect their operations,” says Naretta.

“You want to let them know that today we’re going to be tearing off this part of the roof, over

here, and let them know way in advance, so that they have time to react to how it’ll affect their

operations. Keep them in the loop at all times. Otherwise, they may say, ‘Sorry, you can’t do that

today,’ and you already have a crew in place.”

McDermaid maintains a small team of 45 people, many of whom are second-generation

employees. Naretta’s father, Bill, maintains the pipe-covering side of the business, while his son,

Nick, helps out when he’s home from school.

The Tollway contract kept the McDermaid team extra busy. “It kept a lot of people working,

right up through November last year, and we were able to get people working right away, as

soon as we hit the spring thaw,” says Naretta. “We had a 10-man crew for a month or so, to get it

Given the chance, he says, McDermaid will happily work with the Tollway again.

“We’re a team committed to customer service and satisfaction,” he says. “We accomplished that

with this job. They’re happy with us. The degree of difficulty in Hampshire was high, because it

was really steep, and required a lot of safety and stringent rules. But, we came through with